Sorry! You missed Oklahoma! at Lied Center For Performing Arts 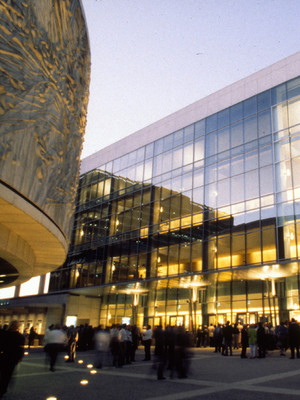 Oklahoma! is also touring to:

How is it that the coolest new show on Broadway in 2019 is a 1943 musical usually regarded as a very square slice of American pie?

An Oklahoma for a new america

A dark and daring new take on this musical classic! First making its bow on the Great White Way in 1943, Rodgers and Hammerstein's evergreen classic Oklahoma! whisked early audiences away from the stark realities of World War II and offered up a song-filled optimism and unity. Reclaiming its joyous melodies, can-do spirit and classic plot, New York-based director Daniel Fish revived the song-and-dance spectacular in his home city in early 2019, earning eight Tony Award nominations, including Best Revival Of A Musical, for its stripped-back, Country-western treatment of the original score and vivid, darker depiction of the Wild West reflected in its naturalistic staging and style.

After blowing audiences away on Broadway, the production is set to light up the rest of North America on a hotly anticipated national tour. A stunning reimagining that keeps the text and score intact but shakes them up and examines them through the lens of the 21st century, Fish's revelatory iteration has received much critical acclaim for its bold interpretation of the darkness that lurks beneath the musical's sunny surface. With the music stripped of its original Broadway brass, familiar melodies and harmonies are given greater authenticity by a seven-piece string orchestra and tight vocal arrangements by music director Nathan Koci.

What Is Oklahoma! About?

A 12 member ensemble shines a new light on Oklahoma's corn-fed romantic triangles, naturally tapping into contemporary issues of gun violence, sexual politics and class-based discrimination. Still set in an Oklahoma Territory on the verge of statehood in the early 1900s, it follows what seems like the simple trials and tribulations of cocksure cowboy Curly and broody farmhand Jud, who vie for the affections of the enchanting farm girl Laurey whilst angling to win her as a date at a local party. But within its lighthearted exterior, sex and violence bubble to boiling point and Fish artfully sets them free in a whirlwind, blood-drenched climax that makes Game of Thrones look tame.

Two hours and 45 minutes, including one intermission.

Please note: the above images are from the Broadway run of Oklahoma! and do not reflect tour casting.

You may be required to have had a COVID vaccine in order to attend this performance or show proof of a negative test. Please contact the venue directly for more information on this.

I saw the show on Broadway and it was really good. It might be a little... more

If you want traditional old styling, you're not going to get it here. That... more

Sound good to you? Share this page on social media and let your friends know about Oklahoma! at Lied Center For Performing Arts.