Colter Wall is also touring to: 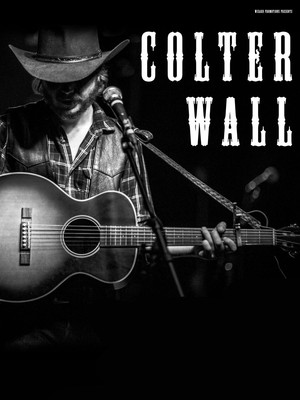 At 24 years, Colter Wall is quickly getting his name in the country game. Following his debut self-titled album, Wall released his sophomore album titled Songs of the Plains. His music is said to mirror sounds of the 70s, and his upcoming album follows suit! Expect to hear him covering some hits, alongside original tracks off the latest LP, including 'Plain To See Plainsman'.

Growing up with artists such as Johnny Cash, Colter Wall became familiar with the sound of country from a young age. This led him on to learning guitar at 13 years. Later, he began to enjoying old blues artists and folk music. Bob Dylan was the guy who led Wall to finding his calling, his music inspiring Wall to start writing and singing his songs.

In 2015, at 20 years old he decided to take a break from studies and instead focus on making demos of his songs, this ended with releasing his first EP and taking him to where he is today.

Sound good to you? Share this page on social media and let your friends know about Colter Wall at Bourbon Theatre.